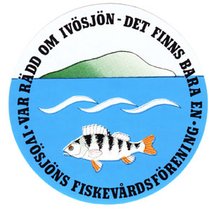 The membership card entitles to the following fishingmethods: Spinning, fly fishing, ice fishing, angling, trolling with a maximum of ten rods per boat, as well as the use of the following devices, tip up fishing devices, gillnets, longlines and fykenets.

For fishing license (not membership) the right to fish is limited to spinning, jigging, angling and trolling with a maximum of two rods per boat. Otherwise the same rules as membership.

Youth under 15 years of age may fish without a fishing license but under the same rules.

Restriction of use of certain fishinggear. Each member may use a maximum of 100 meters of fishing nets, two double or four simple hoop nets with a height smaller than one meter and fitted with two 60 mm escape openings on each side of the fishhouse, long lines with a maximum of 300 hooks.

Gillnet, fykes and longlines may not be left out for longer than two days without being emptied. Fishinggear must be marked at both ends with flagged buoys that measure at least 40 cm above the water, or with alternative equally visible marking, and marked with the owner’s name, address and telephone number. Crayfish cages can be marked with smaller but clearly visible floats.

Trout is protected from 1 October to 31 December and should immediately be released into the lake if caught during that period.

Eel and catfish are protected species and should immediately be released into the lake if caught.

Signal crayfish may be fished from 17.00 the second Wednesday of August to 15 September. Each member may use 10 traps.

Captured fish or crayfish smaller than minimum size must immediately be released into the lake.

Outside the rivermouth of Byån and Holjeån are closed fishing areas for trout within which gillnet fishing is prohibited from 1 September to 31 December.

In Lake Ivösjön, at Östrevik , south of Ivö and around the island Stora Danmark there are closed fishing areas during spawningperiod of pike-perch, within which all fishing is prohibited from 1 May to 15 June.See the map on our website, http://www.yourvismawebsite.com/ivosjons-fiskevardsforening/start

Other rules.When fishing with nets, the persons involved in the fishing must be present at the setting and re-setting. If more than one member, gillnets may be linked if it is clearly stated on the mark. If the length of the gillnet exceeds 100 m a buoy must also be added in the middle part of the gillnet.

Fishing for commercial purposes is not allowed.

When trolling no more than 10 lures, for example wobblers, may be used at the same time per boat.

To provide a basis for sound management of fish populations, it´s required to report your catch on the website thats you buy your fishinglicense at, www.fiskekort.se .

At the release of fish, the fish is to be handled so that the risk of damaging the fish is minimized. This means that the fish is handled with wet hands, pulled up and released as quickly as possible and, if possible, unhooked in the water. If this is not possible, larger fish are not to be lifted in the head or tail. When fishing with the aim to release the fish the hooks used should have minimized barbs and the necessary tools for a gentle release should be at hand.

Baitfish is to be handled as gently as possible to avoid unnecessary distress to the fish.

All fish to be retained should be immediately placed in a keepnet or killed.

Supervisors, or Fisketillsynsmän in swedish, who are appointed within the association’s waters have a special fisherycontrol batch. They are tasked with monitoring compliance with these rules. Fish protection supervisors have the right to confiscate gear that is not marked properly or that belongs to a person without a license, and submit them to the police. Furthermore, on behalf of the association, supervisors have the right to confiscate fish. Violations of the rules can be punished with a special fee “on the spot” or be reported to the police.